Hotel Adriani is situated in Naxos Town (Hora), the capital and port of Naxos Island. Naxos Town is a lovely town where the Old Town, Portara (Apollon temple) and the sea front are the main attractions. The hotel is located at a very convenient spot, close to the port, to the town centre, to the sea and to the most of the amenities

The old Town is divided into two parts; Bourgos neighborhood and Kastro (Castle) neighborhood. Although the city walls have all disappeared, the inner walls of the Kastro remain. Most of the Kastros' current residents claim descent from the Venetians, and many of their grandparents' tombstones in the 13th century Catholic Cathedral boast grand titles.

North to the port, the ancient causeway stretches out to the islet of Palatia and the unfinished Temple of Apollo which begun in 520BC. The Portara, a massive lintel of the temple platform, a lone gateway, is now used as a dramatic frame for sunset photos.

Walking distance to the town center 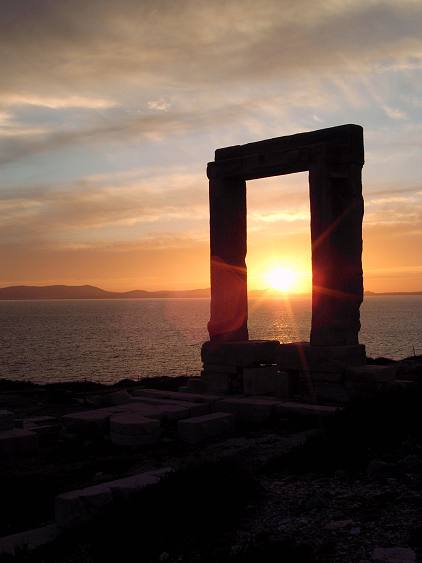 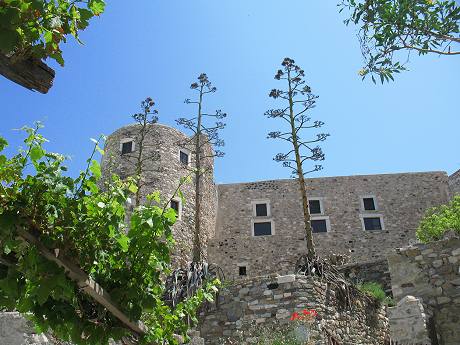 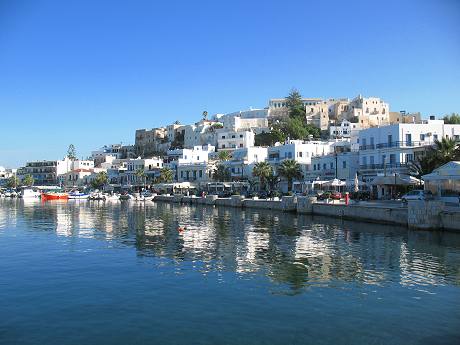 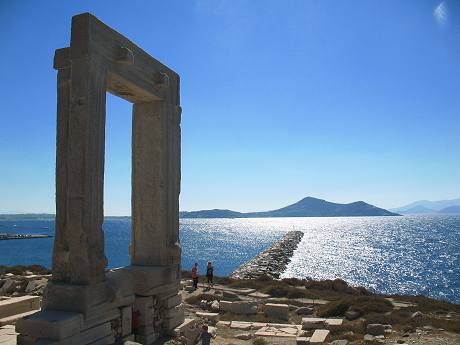 Distances from the hotel

“ This hotel is absolutely beautiful with lovely white washed walls, beautiful natural woods, linen drapery and wonderful new windows , doors and shutters. The rooms are spacious , include sitting area and outside balcony. Bathroom is a generous size and all was very clean. Breakfast is an incredible spread includinghomemade dishes, and all one could want to eat . The location is also great and an easy walk to historic center the waterfront and port. The host was there to pick us up and helped make other touring arrangements and even covered the taxi to the airport . Exceptional place !!

“ What an amazing find. We were collected and returned to catch our ferry. Very near the port. The room was very good with the best bathroom with a rain shower. Towels provided when we spent day on Plaka beach which was easily got to by bus from port. What sets this hotel to amazing is the fantastic breakfast with freshly home made cakes and pastries as well as hot and cold meats. The best we have ever had in Greece.

“ What an awesome girl. It touches all the boxes: close to the city, peaceful decor, decor which is closed to heaven with rooms colored and themed +++, breakfast matches and exceeds any hotel I have ever stayed in, manager a handsome (respectfully said) who is so easy to talk to and very helpful and staff relaxed and very polite. Loved this stay likely go back.

“ Stayed at the Adriani Hotel for 13 nights June/July 2018. Michalis, Irene and all the staff were so friendly and welcoming. The hotel was spotless and breakfast was of a very high standard. Great location for exploring the town and island. Loved our stay here and had a wonderful holiday on Naxos. Would highly recommend this hotel.